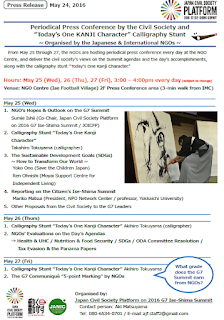 From May 25 through 27, the NGOs are hosting periodical press conference every day at the NGO Centre, and deliver the civil society’s views on the Summit agendas and the day’s accomplishments, along with the calligraphy stunt “Today’s One Kanji Character.” 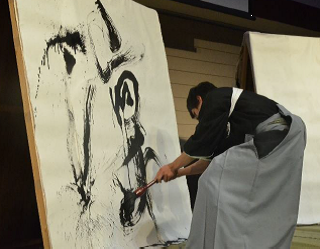